Matthew Bronfman On Philanthropy and Jewish Values: Passing the Commitment to the Younger Generation

October 20, 2020
Matthew Bronfman On Philanthropy and Jewish Values: Passing the Commitment to the Younger Generation

October 20, 2020
"The disconnect today between young Jews and their roots and Israel is much greater than in my generation," said leading Jewish businessman and philanthropist Matthew Bronfman at Limmud FSU Canada event earlier this week. 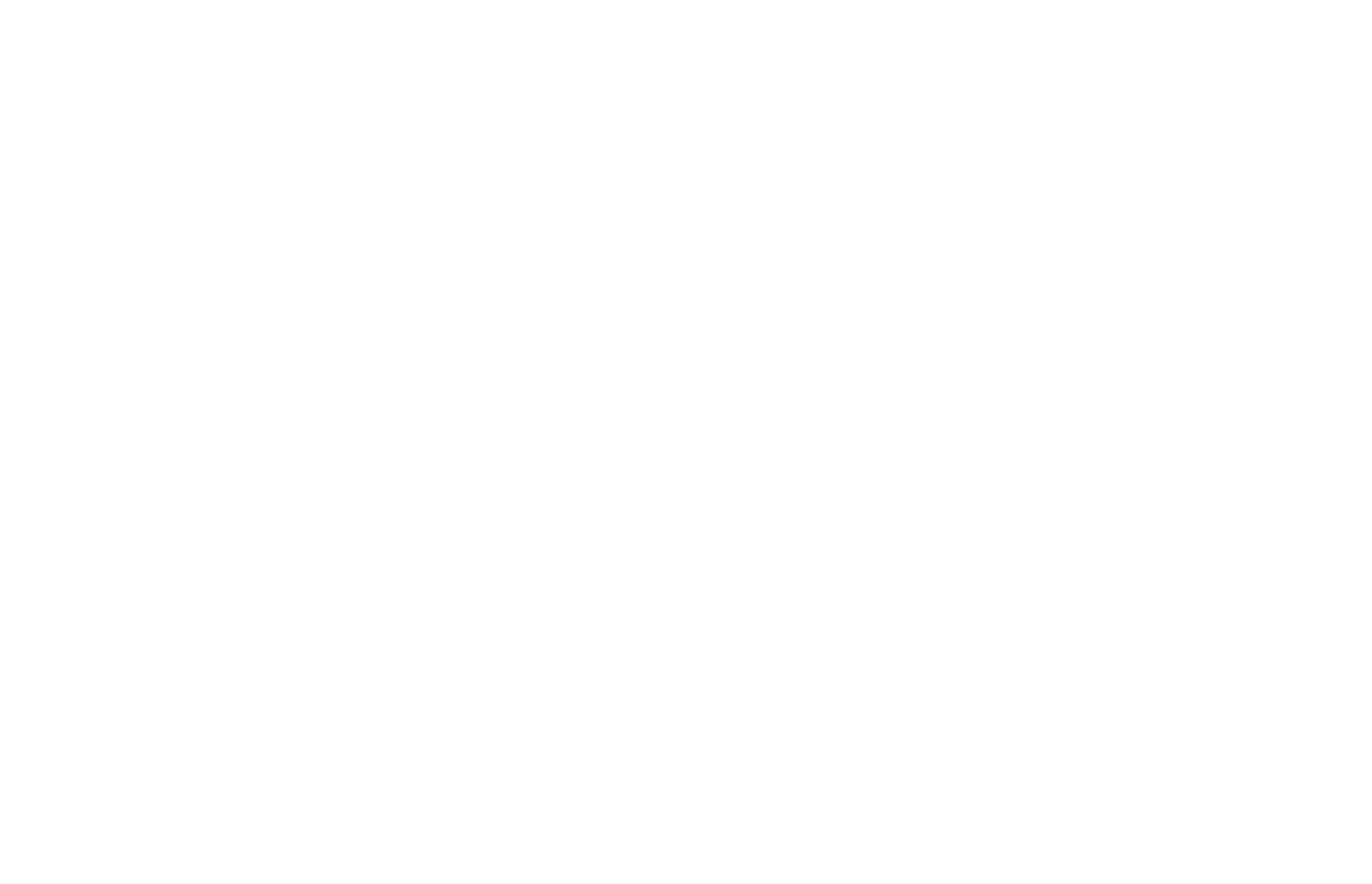 Matthew Bronfman. Photo courtesy of Limmud FSU
"That is why it is so important to keep the family stories of the past fresh, and to connect the younger generation to them. It was so meaningful for me to be able, in 2015, together with one of my children, to visit Ataki, the small town in Moldova from where my great grandparents emigrated to Canada in 1889."

Interviewed by Limmud FSU Canada country director, Mila Voihanski, and one of the prominent organisation's activists, Dan Petrenko, Bronfman recalled how, during the visit, which took place within the framework of a Limmud FSU event in Moldova, they found the cemetery where his ancestors were buried. "Seeing the town gave me some of idea of what it was like for my family 150 years ago and helped me understand the courage my great grandparents had to get up and leave. That takes more guts than I think I have."

Founded in 2005 by Chaim Chesler and Sandy Cahn, Limmud FSU generally mounts peer-led, volunteer-based gatherings of Jewish learning that specifically reach out to Russian-speaking Jews around the world, from Moscow to the US West Coast, and from Europe to Israel. Since the corona lockdown has made physical conferences impossible, Limmud FSU International and the volunteer organizing committees in various countries have been providing digital e-learning opportunities on Jewish, general – and coronavirus – topics. These online gatherings are an opportunity for Russian-speaking Jews to learn – and be – together, virtually.

Bronfman, chair of Limmud FSU's International Steering Committee, was one of Limmud FSU's first supporters – he recalled during the online session how he was first approached by Chesler at a World Jewish Congress gathering in Cordoba in 2004 and asked to help launch Limmud FSU, something of which at the time he had never heard, but which perhaps resonated with him because of his father's cardinal role in opening the gates of the then USSR for free emigration for Soviet Jews. "My father, Edgar Bronfman, who was then president of the World Jewish Congress, delivered a letter from Shimon Peres, at the time Israel's prime minister, to Mikhail Gorbachev, leader of the Soviet Union calling on him to allow Soviet Jews to leave."

Bronfman père, recalled his son proudly, was guided by "a great sense, one he instilled in his children, of how fortunate and privileged he was. He had a steely determined view that his mission was to make the world a better place for the Jewish people. When he became president of the World Jewish Congress, he resigned from all his other charitable positions, and focused his energies on bringing Jews together." This commitment is the philanthropic approach that continues to guide Matthew Bronfman: "I believe in a higher power and I give thanks every day for all that I have. I have the resources and inclination to do things for others and I try to give something back."

On the issue of Soviet Jewry, noted Bronfman, his father had two guiding principles. "He was determined that those Jews who chose to stay behind in the USSR would have the freedom to practice their religion and express their identity; and he was insistent that those who chose to leave had the right to decide where they wanted to resettle. He did not believe that all Soviet Jews had to move to Israel."

Perhaps Bronfman's involvement in Limmud FSU is a continuation of that legacy? "What keeps me coming back to Limmud FSU is to see people engaged, in the lectures and in the hallways. The joy, the pride they take from being there. Limmud FSU is a spark to Jewish engagement which we hope will help stop assimilation. To date we have impacted 70,000 Russian-speaking Jews, and I hope in the years to come we can touch another 70,000, and that we can do it together with a new generation of leaders who will emerge to help support our work, so that we can sit back as the leaders emeritus."
"You have to have principles and you have to stick to them; I make this clear to my children and it guides me in my business"
The disconnect from their Jewish identity of Jewish millennials is, Bronfman suggested, the fault of the older generation. "We need to do a better job of educating our children Jewishly, though even then, in today's open world, there is no guarantee that our children will choose Jewish life partners or raise their children Jewish. Yet if we do not help them understand Jewish values and if we do not expose them to Jewish rituals, it is most likely that our grandchildren will not be Jewish."

While placing the blame on his age cohort, Bronfman also recalled that he and his siblings – he is the second youngest of five – did not themselves grow up in a Jewish home, even though both parents were Jewish, and did not have barmitzvas. "Only one of my brothers and I are bringing up our children Jewish. My father openly expressed regret at the upbringing he gave us – within an interview on national television about business."

Part of the challenge of Jewish education today, Bronfman noted, is combatting the rise in antisemitism and the BDS movement on college campuses. "The American Jewish Committee and Hillel are working tirelessly, but there is much more that needs to be done. We are facing a real challenge from the far right and the far left. Historically, the Jews in Israel were seen as the underdog, but today they are seen by many as the Goliath. We need to bring non-Jewish university presidents to Israel to show them what life here is really like. And we need to focus on interfaith activities."

He suggested that the peace agreements Israel recently reached with the United Arab Emirates and Bahrain – with the likelihood of more Arab countries joining them – should help. "It takes some of the wind out of the sails of those who say that everything in Israel is bad. We need to tell the unvarnished, accurate story of Israel; nothing is perfect, but it is an amazing story. Israel wants peace, it is always one of the first to show up around the world when a disaster strikes, its hospitals are caring, free of charge, for injured Syrians who are brought to the border. We need to talk about this."

And the philanthropy to which Bronfman is committed is, he noted, "needed in the current situation more than ever. Charities are hurting and having to tighten their belts, as the numbers grow of those who once gave but are now trying to save. We need to expand the breadth of potential donors," he said, while recognizing that this is by no means easy.

Similarly, he noted, like businesses, it is proving exceptionally hard for charities to plan. As a graduate of Harvard Business School, Bronfman recalled how he was taught to budget and plan. "But today we don't know what will be next week, next month. It is very disconcerting for everyone." Limmud FSU, he said, is doing "a fantastic job of continuity of outreach through distance learning, but it is hard to lose face to face contact."

As a 61-year old father of nine, Bronfman was asked, what does he regret and how does he bring up his children? "I have made many mistakes, as have all 61-year olds. But everything I would change in my past has, I hope, been a learning experience. I hold dear the values my parents gave me; if you can't look back and say that you would have done things differently, you have not learned very much.

"You have to have principles and you have to stick to them; I make this clear to my children and it guides me in my business. Business ethics is not an oxymoron. There are rabbinical sources that stress that the first question you are asked when you get to heaven is whether you were ethical, in your life, in your business dealings. We all meet temptation, but I believe in principles, not circumstances – except when they present you with the opportunity to test your principles. At the end you have to able to hold your head up high."
Back
Made on